Have you ever wondered what happens to ugly cars that no one buys?

Cars like the Nissan Cube just seem to fade away into obscurity, without any mention from the media or from Nissan itself for that matter.

In fact, there doesn't really seem to be a definite answer to this question. These cars just eventually get pulled from the market, and probably simply recycled and sent to scrap yards.

Good, old fashioned 'German Engineering' is what led to the German team's spectacular win, and to them becoming the best team in the world!

The fantastic goal from Mario Götze decided the tournament. In fact, the whole team succeeded so well thanks to their amazing team spirit and team work.

We emulate this work ethic at False Creek Collision, and this makes us to be the best in our industry! We compete every day to earn our customers' loyalty, and to produce the highest quality repairs.

Come check us out for yourself, and see the environmental trophy we've won!

We at False Creek Collision support the German team going up against Argentina this coming Sunday at the World Cup Final.

Our excellent customer service and quality repair work are what puts us ahead of the game. When you visit our shop, you'll come out a winner every time!

Come to see us and support Germany!

Germany won 7:1 against Brazil yesterday. They played incredibly well, and some would even say with a lot of style! They were practiced, efficient and ruthless, and weren't shy about exploiting Brazil's weaknesses.

Here are some interesting facts about FIFA:

-Germany succeeded 3:2 against Brazil in August 2011

One thing's for sure, this World Cup has been full of shocking moments, and surprise victories. What will the Finals have in store?

We'll be announcing the winner of our contest a little later today. Check out our Facebook page and our Twitter page for the results.

Tomorrow is the semi final game between Germany and Brazil.

If you are able to correctly guess the final score, go to our Facebook or Twitter page to reply with your prediction and be entered into a draw to win a Bronze Detailing package.

Fun Fact Friday is back! And today we're asking...

Where's the weirdest place you've ever seen a car accident? Well, we think we can top that...

A showroom car crashed through the window of a Chinese dealership several stories up! What happened is that the customer wanted to test out the engine, but didn't realize the car was in gear!

Luckily, he didn't go all the way through the window, and was able to walk away from the incident unscathed. All that can be seen at the site of the accident is the demolished window of the showroom and half a car hanging out. How weird is that?

Hopefully none of you will ever get yourselves into such a position, but if you do, False Creek Collision will be right there to lend you a helping hand.

You can read more weird places to crash your car HERE. 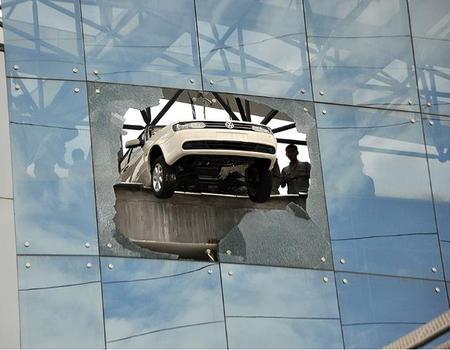 33 years ago, George Talley's favorite 1979 Chevy Corvette was stolen from a Detroit suburb in 1981.

On June 13 of this year, he got a phone call from AAA. They told him that his stolen car had been recovered, and that it was ready to be picked up.

The car appeared 840 miles from where George originally had his car stolen, and with 47,000 miles on it.

Nevertheless, George has been reunited with his beloved Corvette, his favorite car by far out of the three other Corvettes that he's ever owned.

We, at False Creek Collision, hope that everyone had a Happy Canada Day yesterday! There was certainly the perfect weather for festivities, and lots of people turned up for the celebrations.

The Green Hornet car that's up for auction is causing a buzz! It's based on the 1965 Chrysler Imperial, and has it's original 413 engine. It really is a Black Beauty! 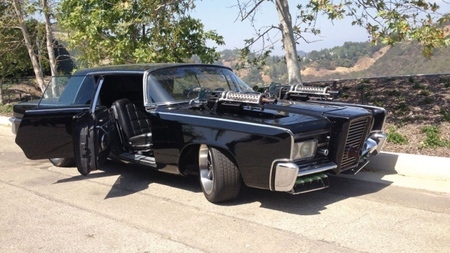 Global auto makers are arguing about which 'green car' strategy to take in order to dominate the market in the coming years.

Some say that fuel-cell vehicles are the way to go, while others are betting on all-electric cars.

Whatever the outcome, one thing's for certain: Low or zero-emissions vehicles will very soon dominate the independent travel market and governments world-wide will be putting stricter vehicle emissions standards in place.

What do you think? Read more here!