In July 2016, a test driver for the Tesla Model S died in a car crash while using the Autopilot driver-assistance system. Since that fateful day, fierce debate about the efficacy and safety of the technology has arisen.

The crash is being thoroughly investigated in order to determine whether the human driver, the Autopilot driver-assistance system, or a combination of the two was the cause of the accident.

NASA has now stepped in to the investigation. They have extensive experience in this subject, having studied vehicle automation and the psychological consequences for drivers for decades.

To read the full article, go to greencarreports.com.

Read it HERE at Road and Track!

Check out photos and read details on the 2016 Porsche 911 Emerge at Car and Driver!

This is certainly unusual...

A convoy of British tanks in western Germany ran over a novice driver's car after she made a wrong turn into the path of the oncoming tanks.

She was unharmed, but that's more than we can say about her car! The Germany driver did not see the tank when she made the left turn, and the tank was unable to stop in time. Consequently, the 62 ton tank crushed the front end of her Toyota hatchback car. 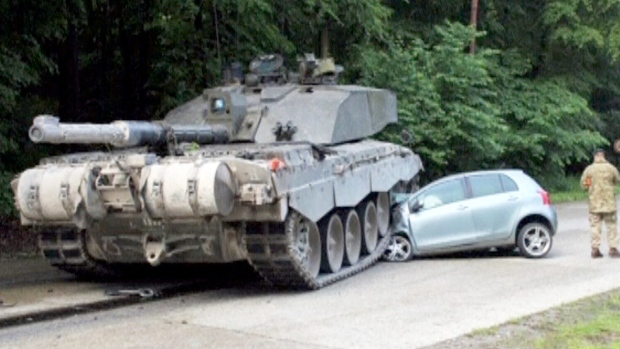 Check out this interesting article by CBC News about driverless cars!

Check out what's happening at the Shanghai Auto Show. Just click on the image below.