Ever wonder what happens when lightning strikes a vehicle?

Do you think it's safe to remain inside your car during a lightning storm, because your tires will insulate your car against electricity?

Click on the image below to find out just how safe modern vehicles are, and that your car tires actually DO NOT insulate your car! 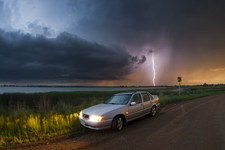 Think your fancy new car with its state-of-the-art, anti-theft technology will protect you from car thieves?

Well, it can... but only if you don't leave your keys in your car! Sure this technology is very advanced, but it can only do so much, and it sure ain't magic!

In the US alone, the majority of car thefts that took place in 2014 involved people leaving their keys in the car. And those statistics are just from the people who ADMITTED to police and their insurers that they left their keys in the car. What about all those others who were too ashamed to say they had as well?

Remember, even if you're just running to the store for a quick 3 minute errand, DO NOT leave your car unlocked and your keys in the car!

Otherwise, that's just an invitation for a massive headache!

What happens when a plane propeller meets a 2014 Ford Fusion?

Sounds like the beginning of a joke, doesn't it? Well, it's no joke. Take a look at this: 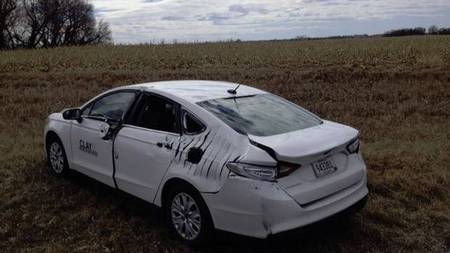 A woman's car was sideswiped by a propeller from a small plane coming in for an emergency landing.

Click here to read more at The Globe and Mail.

Parents, having your teenager drive for the first time need no longer be such a worry.

General Motors is coming out with new technology geared towards teen drivers.

Their 'Teen Driver' system launched at the New York Auto Show, and 2016 Chevy Malibu's will go on the market with this built-in driving system.

The goal of this new technology is to encourage teens to develop safe driving habits by monitoring trips taken, and then producing a 'report card'. It will include information on maximum speeds, distances driven, and how many times safety systems were engaged during the drive.
The system will also include parental controls, allowing parents to set the maximum speed for the vehicle, which will set off alarms and visual warnings if exceeded.

Despite this useful step in driver safety technology, nothing beats teaching your kids how to drive safely and carefully. In fact, experts agree that basic skills should be acquired before beginning to rely on any technology.

You can learn more about this interesting topic here at CTV News!

Does increasing the speed limit makes sense?
Lots of us seem to think so.
Read this Globe and Mail article to find out more HERE.

On March 17, a driver stuck in traffic in Toronto made a stupid decision.

Their road rage prompted them to try and outwit everyone else on the road, thereby breaking the law.

Watch this video, and feel satisfied knowing that their stupid actions were what got them pulled over by the police car right next to them.

What would you do if the Big One hit, and you were in your car?

Please click on the HERE to learn how you can increase your chances of survival if you're caught in an earthquake while you're in your car. 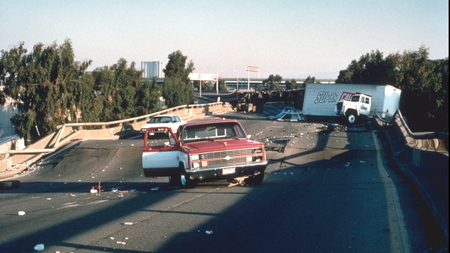